On January 18, 2022, China Minmetals held a symposium on celebrating the one-year anniversary of the important speech delivered by General Secretary Xi Jinping on his visit to the Yanqing National Sliding Centre. On the symposium, it fully reviewed its experience of the last year in implementing the decisions of the speech, and deployed work plan of the next stage. Weng Zuliang, Chairman and Party Group Secretary of China Minmetals attended the symposium chaired by Guo Wenqing, President and Deputy Party Group Secretary of China Minmetals, and delivered a speech.

For better work results in the next stage, Weng Zuliang proposed four guidelines:

Second, it is necessary to improve the mechanisms and develop an effective work cycle by implementing the decisions of General Secretary Xi Jinping's speech in various links. When it comes to study, while reviewing the important speeches by Wen Jiabao, former General Secretary, we also need to learn and implement Xi Jinping Thought on Socialism with Chinese Characteristics for a New Era and the 6th Plenary Session of the 19th CPC Central Committee to make a combination, thus to inspire new thoughts through frequent learning. When it comes to practice, we need to adopt the decisions of General Secretary Xi Jinping's speech and adjust accordingly to develop China Minmetals and the industry, integrate these into the development of the local economy, and push forward the cooperation between the state-owned enterprises and local governments. As for inspections, we need to have them truly and precisely implemented in political supervisions and inspection tours and Party building inspections, and to follow up the inspections during which inadequacies and deficiencies should be prevented. When it comes to reviews and reports, we need to hold symposiums regularly through which all the tasks will be deployed and key issues will be discussed and solved. Therefore, the reporting system is required so that progresses and achievements will be presented timely. When it comes to improvement, we need to review our work and practices regularly, sum up experiences, improve the work mechanism in accordance with standards and references, and consolidate achievements so that a positive work cycle will be formed.

Third, it is imperative to further strengthen the actual effect, and strive to write a new chapter in the implementation of the decisions in General Secretary Xi Jinping's important speech. We should focus on the overall situation, enhance the political stance, and internalize the values of the important speech of General Secretary Xi into the requirements of the mining industry that we will comply with to build strong China. Meanwhile, we will maintain a rock-solid strategic focus, make every effort to build a world-class metal and mining enterprise with global competitiveness, and give full play to the role of central state-owned enterprises as the pillar and the ballast stone of the economy. Also, it is necessary to do more for developing our business. Recently, China Minmetals has held the 2022 annual working conference, and made comprehensive arrangements for the work tasks in the years to come. China Minmetals must perform their duties with due diligence, courage, wisdom and resilience, and implement the job responsibilities promptly. Its employees should be active, innovative and effective in completing work tasks. Besides, they should develop and maintain the habit of being good at thinking and acting, and make every effort to complete the annual tasks and goals.

Fourth, it is necessary to make persistent efforts in the real work situation and take the leading role in serving the Winter Olympics by implementing the decisions of the important speech by General Secretary Xi Jinping. We need to have faith in our country. As the first China's grand event in 2022, the Winter Olympics has received world attention. We should make our contributions to the country so that the world will enjoy a wonderful, unique, and outstanding event. For this purpose, we need to provide excellent operation, maintenance, and security services. According to the requirements of hosting a simple, safe, and wonderful Winter Olympics event, we need to summarize the experience of the early-stage tests and drills, improve personnel management, prevent potential loopholes, and optimize the operation scheme of the Yanqing National Sliding Centre. In a word, it is never to be more careful, practical, and stricter to do all the preparations. We need to safeguard the bottom line for risk. In the meantime, it is necessary to establish the red line mechanism, and investigate and study carefully potential risks during the operation of the Yanqing National Sliding Centre to eliminate safety accidents. We need to strictly follow and carry out the epidemic prevention regulations to safeguard the health of participants and ensure a smooth rollout of the Winter Olympic events. We also need to actively plan the industry layout. Based on the business operation system of China Minmetals, we need to grasp the prospective market of the post-Winter Olympics, follow the development tendency of winter sports and seize the opportunity of Olympics infrastructure construction so as to achieve business growth in advanced programs and stadium construction. In virtue of the influence of the Yanqing National Sliding Centre, we should sustain to enhance the soft power of China Minmetals.

The symposium was held on site as well as via videoconferencing. Leaders of China Minmetals including Dong Mingjun, Liu Caiming, Jiao Jian, Zhu Kebing, Wang Shilei and Chen Jianguang attended the symposium. Other participants included non-executive managers, and main heads of the Discipline Inspection and Supervision Team, the headquarters departments and directly-affiliated organizations of China Minmetals. 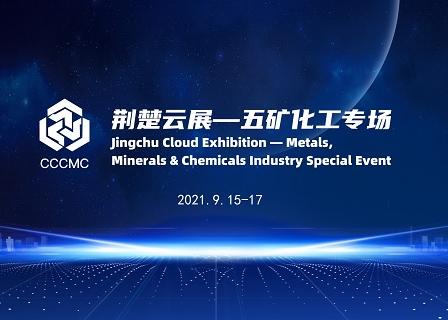 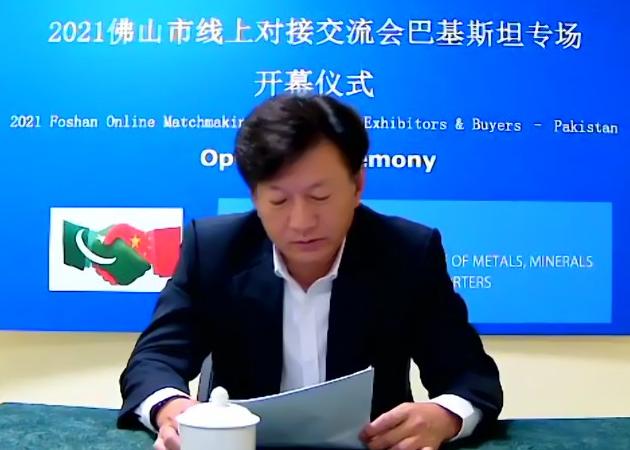